By the time I was 30, it was to the point where I was getting a migraine pretty much every day and when I found Dr. Reed it was a blessing because I was maxing out all my prescriptions every week and I was going to the ER so many times that even the ER doctors were starting to say, “Look, we’re giving you too many pain medicines too often and you need to figure something else out,” and that’s when I came across Dr. Reed.

Typically, at least with me and a lot of other migraine patients I’ve talked to, anesthesia in general will trigger a migraine, so you almost always feel terrible coming out of the surgery. Whenever … comes over and first turns it on, you immediately know whether it’s going to work and that’s what’s so great about the trial. If you are having them as often as you need to be having them to qualify, technically, to really get the trial going.

Then, in that four or five day period, you’re definitely going to experience a migraine; if you didn’t get one coming out of surgery. It’s very easy to tell, it’s immediate, as soon as you turn it on and get it high enough to where you don’t feel the pain anymore it’s just gone. Yeah, you know immediately, it’s wonderful.

The worst part about the trial is when they take it out. Because I live here in Dallas, I … really took advantage of Cher, the nurse that helped with the programming. I was coming in once a week to reprogram because as the swelling and everything goes down and as you get back into your normal routine and sleeping well and you are healing the sensations move around and the stim sort of has to settle in and that takes a while.

For me, it took about two months until I was at a point where I didn’t feel like I needed to change any of the programming. But, I also have 25 different programs to choose from at any time and I do use almost all of them.

I’ve had my stimulator for almost two years, my first surgery was in November of 10, 2010, so it’s almost two years now. I did have to have a revision, all of a sudden one day last January my stim did stop working on the right side, it just came disconnected. We did have to do a revision, but it was not a big deal. We did that in February.

I have about 25 different programs on mine, they range from high frequency to low frequency. They’ve got cycles where it can be a high frequency for a good 45 seconds and then it stops for 15 seconds. It kind of gives you a second to relax because when the higher you turn the stim up the more pressure you feel in your head and the higher it is the less you can move your head around because as you move the sensation moves around your head. I also never turn mine off, so some patients only turn theirs on when their head hurts. I find that since my head pretty much hurts everyday if I turn it off I’m going to wake up with a migraine, so I might as well just sleep with it on low and not feel bad in the morning.

Today, for example, and over the last weekend I will give you an example. I was feeling great on Saturday, woke up feeling great, but by about five o’clock storm clouds started rolling in and by five-thirty I was full blown, stim was barely noticeable, barely running to turning it up to as high as I could. Having to get out of the sun and lay down and get away from everybody, but once I did that for a good half an hour and just laid down and was still for a while and didn’t deal with any stimuli at all I felt better. I was able to turn the stim way down again and go on with my day; it’s days like that.

I work every single day at an office and everybody in my team is use to me pulling my stim out and changing my setting two or three times a day. Sometimes I feel like my migraines are intelligent, in that you turn the stimulator on and this is why I have so many different setting. You turn the stimulator on and the migraine moves because you are stimulating back here, so it moves over here, so you have to change your setting. So that now you can stimulate this and then sometimes it will stay there and goes away, whatever. Then, other times it will move again.

It’s really interesting that that’s what’s happening and I’ve talked to other patients and they’ve experienced the same thing; it’s interesting. It’s not a cure, it’s a pain reliever. It cuts away the pain, but you’re still experiencing the migraine, you’re still your body is still physically reacting to that much pain even though you can’t feel it. Right?

You have different parts of your life that you never thought you’d have to deal with like instead of my friends being upset with me now because my head doesn’t hurt, now they don’t understand, Well, I thought you got this miracle cure. Why aren’t you feeling better all the time? That’s a big life change because you think it’s going to be perfect and it is a million times better then without it. I can go to concerts and stuff now because I’m not I can turn my stimulator up and not be overly stimulated by all the people and the noises and the lights and the crowds and the smoke and the … Everything that a migraine patient is sensitive to.

You can now be out and about and interact with those things and not be bothered by it. Living with the stim is making sure it’s charged if I’m going to go out of town, that’s really it. I typically have to charge up about once a week and I do it while I’m watching TV or cleaning house. My friends have a funny reaction when I say, “Oh, I can’t, I got to charge tonight.”

Working with Dr. Reed’s staff before even getting to the trial and getting through the trial and then getting qualified again to get the permanent. They were awesome. I can be kind of a pain, I was calling every day to find out what the insurances said. I was calling the insurance company every day, why haven’t you approved this. I know I was driving the ladies crazy and they were always so nice to me, everybody at Dr. Reed’s office is so nice. Cher, my particular patient nurse for the stim has always been accommodating. She’s met me at Starbucks before, she’s made sure she can get to me if I really need to have her change something if I’m having a problem. Their Facebook group that are now existing so that patients can talk to one another and compare notes, so to speak. It’s good, they’re great. We’ll I’ve spread the word with Reed Migraine to everybody I talk with. I’ve got stuff up at my desk that give people information about migraines and any single person that I talk to that I know, with anybody that experiences migraines I’m like, “Okay, how often? Because you’ve got to go talk to Dr. Reed. Are you having them too often because if you’re having them more than 15 days you have to go talk to Dr. Reed and let me tell you about my procedure.”

Even people it’s funny because I actually don’t mind carrying my controller around because when I pull it out nine times out of ten somebody asks me, “What are you doing?” Then, I get the opportunity to tell them because everybody knows somebody that suffers migraines, everybody does and most often they’re women. If you can give that information to somebody and they just happen to remember a little bit of it they can start looking it up, finding the information, find Dr. Reed’s site. I did start a Facebook group for the adult patients of Dr. Reed’s group because I wanted, I knew there were other patients locally as well as around the country and stuff that were getting the procedure and I wanted to find out.

When I got mine I think I was the 70th patient in the world, so there wasn’t a whole lot of other people to compare notes against. Now, there are a lot more people, so we can compare notes and say, “Yeah, I kind of experience that too or we can give each other advice.” Kim was saying, sometimes what she does when she has to turn her stim up real high if she lets it run real high for 30 minutes straight and then turns it off for a little while. Well, I’ve never tried that before and if I hadn’t talked to another patient I wouldn’t have known that. The Facebook group has been really nice because people do post questions and they post, “Hey, how did you deal with the insurance and do you have any suggestions on how to get this or that?” It’s good, it’s good. 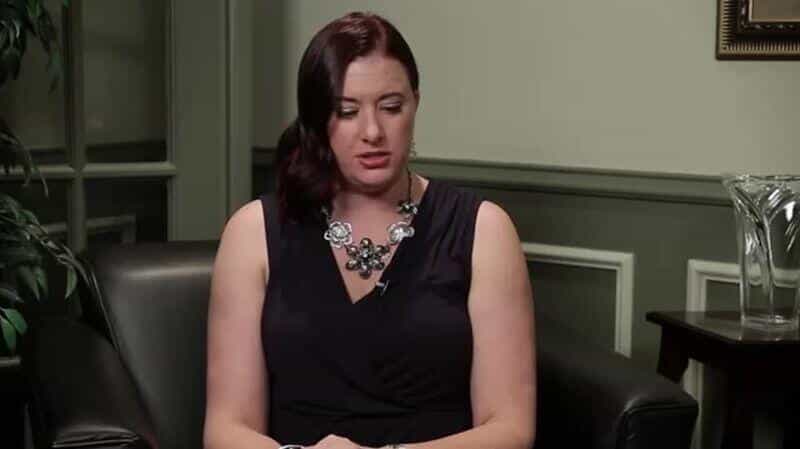