Being a migraine sufferer is when you tell people you have migraines people are like, “Oh. You just got a headache.” People don’t necessarily think of the fact that a migraine also means that you throw up, you can’t see , you can’t do the kinds of things you want to do. You start to lose your energy. When they became really, really severe, you become housebound. You lose everything that denotes who you are, at least everything that denoted who I was. I love working with people. I love working with students. My passion is teaching.

Prior to this all happening, I had to work five years to become a dean of a college. That was my dream job. I got that a week before this happened. I had to give up that dream. I would wake up with the headache and I’d start at three or four. By the end of the day, I’d be at eight or nine. I wasn’t sleeping. Everything I ate ended up in the tidy bowl. I visited the tidy bowl man a lot. I lost a lot considerable amount of weight. We also, at the same time, tried acupuncture. I tried B2. I tried magnesium. I tried Chinese medicine. I tried cranial sacral release.

I talked a lot with my husband and we decided to see Dr. Kenneth Reed. Dr. Reed was a godsend. When I walk into his office, I was really not convinced that I was ever going to have a neurostimulator implant. He spent two hours with my husband and myself. He listened like no one else had. Every symptom that I explained to other neurologists, he knew. It was like for the first time of my life someone understood what I was telling him. He understood my story. He understood the symptoms. He had heard it all before, which was, in some way, really heartening to know that I wasn’t just an odd ball.

I went in for my trial and I must admit I was a little nervous about it because he did say we’d shave a little hair and I know it have a lot of wires hanging out. I remember they wake you up midway through after they put in the first leads in the back. I think my response when Dr. Reed said, “How do you feel, Victoria?” I think I know I actually said, “Ah.” It was the first time that I just had no pain in my neck.

I went in for my actual implant one year ago today. On June 5th, 2009, I went in and had the four-lead neurostimulator implant. It was the best day of my life. In fact, it was the day that I got my life back. At first, I remember feeling like, Oh, my God, losing my hair. People are going to see. People are going to know what happened to me. I can’t hide it anymore. It was really nerve-wracking. Then I sat there. I thought about it. I talked to my husband and I thought losing a little hair versus gaining my life back. I was like, “You know what? Hair grows back. Life don’t.”

My stimulator is on all the time. I am one of those people that have to have it on all the time, because literally, when you turn it off I can feel it’s like the clouds roll in. My head gets cloudy. It’s like thinking through mud. It really does change your personality. It really does change you in ways that you don’t even see. It’s so insidious and so gradual that you just become a person that you’d think you are and when a stimulator comes on, it’s just like, wow. This is me. I feel I am really happy, forward-looking person full of love and is passionate about what she does and can enjoy life again. I think it’s my job to pass on what was given to me to other people, because I think if I could save one person from going through the two-year cycle that I went through in any way, shape, or form, I’ve done something good in the world. Then, no matter what else I do, it’s icing on the cake. 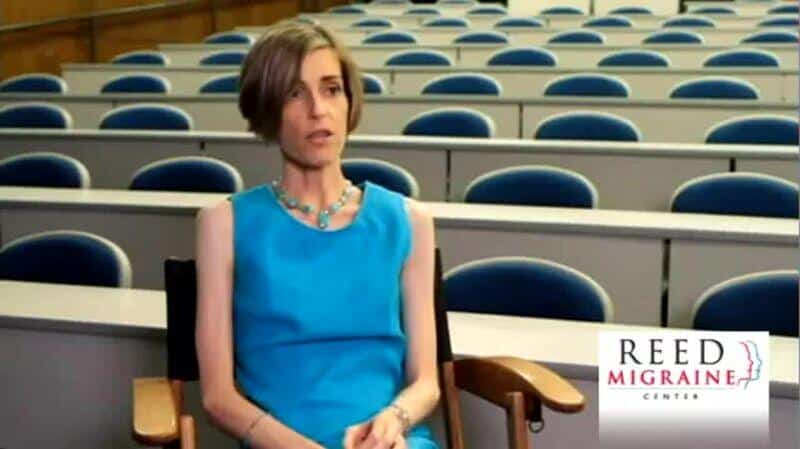