Bridget: My name is Bridgett and I suffered from a migraine headache for 27 months. I like to spend a lot of time outside and jump on trampolines, rode bikes, like rollerblading, hang out with friends.

Mother: She was 11 years old. She just turned 11 the month before. Woke up one morning with the headache and life just stopped whenever the headache came on. I noticed that she was not able to focus well, and I can see a lot of frustration.

Teacher: She wasn’t able to go to school. The noise, the lights, everything at school was too much for.

Bridget: It was really hard because they would get little headaches. They’re fine the next day, but all the time, sitting in bed, not being able to do much. Sometimes I’d go to bed crying.

Teacher: With the headaches, just a totally different person. I think she was very worried and wanted to resume her normal life, and she couldn’t do it.

Mother: Throughout the course, from the time it started until the time that she had her stimulator placed, she had tried 35 different medications. As a nurse, it was very scary to be putting all these meds into my child. We worried about long-term effect. We tried massage therapy. It made it worse. We tried chiropractic. She was hurting so bad after that that she can even hardly get up off the table. We tried nerve blocks. We had a lot of side effects from that. We’re not good. It didnÕt take long to realize that this was not just your normal headache. When we went in to see this particular neurologist, he felt that she was seeking attention, that she might just not want to go to school. Then he just opened the door and he put his hand on the rack and pushed her out the door and shut the door. He turned and looked at my husband and I and he said, “ItÕs all in her head.” We met with Dr. Reed and we liked him immediately. He made us feel very cared for. When we left there, we felt like we had someone who understood us and wasn’t going to give up and actually had something to offer us.

Bridget: I was excited to get to try something new.

Mother: She went in that morning and her headache was at a seven, eight out of ten on the pain scale. She had the trial placed and the representative came in and did some adjustments on her. We were able to see her go down to a five before we left the hospital that day on her pain scale. They went ahead in less than a few more days, gave her some more settings to mess with. The pain level came on down to a three. She was then more apt to have the permanent one. Questions going into it, we were a little bit nervous because we knew that they had to remove some hair and she’s 13 years old. As you can see, you canÕt tell that she even has anything. You just can’t see it.

Bridget: When I woke up, the first thing I realized was I didnÕt have a headache for the first time.

Teacher: It was great. I mean she was running around. We were laughing. It was just like the old times.

Mother: She’s had a couple of times where she’ll have a little bit of … and she’d just adjust her stimulator and it goes away.

Bridget: It’s a lot better because, before, I felt like the headache was controlling me and holding me back. Now, I control it.

Mother: We’re able to do anything we want to go do without having to worry that she’s not going to be to feel like going or keeping up with everybody. She does anything she wants to, pretty much. As a parent I would say don’t go through everything we had to go through before you get to this, because I would highly recommend it. 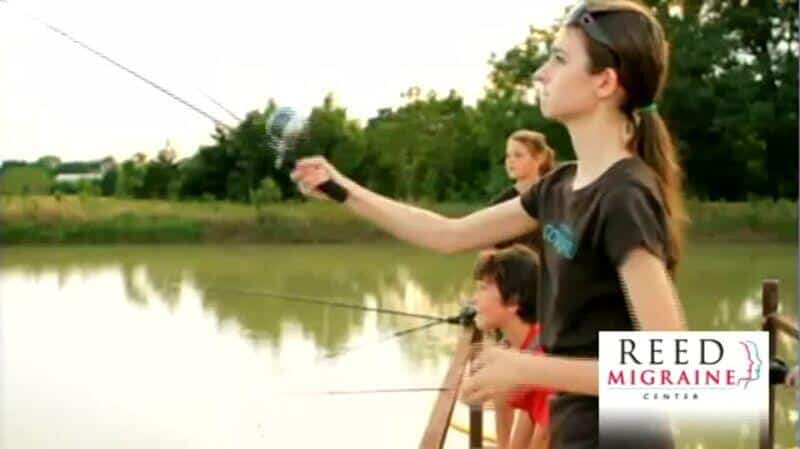