Kim: I first saw a neurologist and started taking medication when I was 12 years old. Initially, I took the medicine and I was doing well and it wasn’t again until the beginning of high school when they started getting bad again. They’d put me on preventatives and abortives and I tried Imitrex, Maxalt. I’d had Botox injections for a little while. Sometimes the medicines would work, but I’d found that after a couple of months, it seemed that if my migraine got used to it, I would kind of find the medications would stop working after a while. I had lost a lot of weight. I, overall, was not very healthy and mentally, not in the best place.

I started my undergraduate education in mechanical engineering and after my freshman year, I got a migraine that would not go away and end up lasting eight months straight every day. After, I had to take a medical leave from school, it was tough. I definitely felt like I was a burden on my family being sick all the time, being at college, coming back.

At that point, I had been out of school for months. I was living in a dark room on lots of pain medication. I was ready for them to cut out half of my brain. It’s hard because it literally is in your head. You can’t take a blood test that shows you have migraines. You can’t do a scan that shows you have migraines. It’s really what the patient says that can diagnose you. A lot of times, people don’t necessarily believe you. That was definitely a struggle.

Dr. Reed, we definitely found him at the right time. I’d actually just been turned down by a doctor the week before. He went over my history and there really wasn’t anything new that he could do. We really were at a dead end. I really felt Dr. Reed treating me like an adult. By the time I saw him, I was in college. I was out of high school. He didn’t try to explain to me what a migraine was. He didn’t try and … he knew that I already understood. He’s very straightforward about exactly what would be happening with the trial and with the surgery. What other of his patients had experienced and he just made me feel even though I knew he was about to stick wires in my head, he made me feel really relaxed and reassured about the experience. He was honest. I definitely would’ve been a lot more nervous if there wasn’t the trial. It’s not very invasive. It’s really a quick procedure. Not a lot of pain. You look funny for a few days with wires sticking out of your head, but it was so reassuring, so that before I got into this big surgery that it would the outcome would be worth it and that it would actually work.

It was a Sunday morning. I’d had the stimulator in for two to three days, I believe. I woke up and my headache of eight months was gone. Completely gone. No pain. It was one of the best days of my life.

Apparently, while I was still under for the trial when they were removing it, I told them, “Put it back in. Put it back in.” Just to have that relief was such an amazing feeling. I have two leads that run right down the center of the two nerves right here, which almost always hurt when I had a migraine. Then I have two leads that go in the back. They both just run right along the hairline here and down my back into the battery which is hidden in the hip.

Most people wouldn’t even I don’t think I’ve known anyone that has come up to me and said, “You know, is there something in your forehead?” Even sometimes my pointing the wires out and tell people they’re right here and they don’t even see them. This is the remote for my stimulator. On it, you can adjust the leads individually so if that day I wake up and I have a headache on the left side, I can just turn up the left side or turn down the right side. I can change programs. I personally like to turn mine off if my head’s feeling well, which is really nice.

Being young and still being active, I’ve always been into sports. I lived in Denver for a few years and I snow ski. I water ski in the summer, long-time soccer player, field hockey player. I run with my dog every day. I’ve always had an interest in photography and since I had my stimulator have been a photographer’s assistant and help assist her on shoots. I haven’t found any problems with the lights or anything bothering me.

I returned to school and decided to switch to neuroscience. I love that I get to study the brain every day. I get to learn more about migraines and how they affect and how the brain chemistry works. I enjoy it, but it’s also something close to my heart because I’ve had problems with my head my whole life. I think that’s one of the things that’s so great is with this you can really resume to a normal life and maybe even better than what your normal life was because if you don’t have the pain interfering or distracting you. It changed my life. It was one of the best things that’s ever happened to me. I’m very grateful. 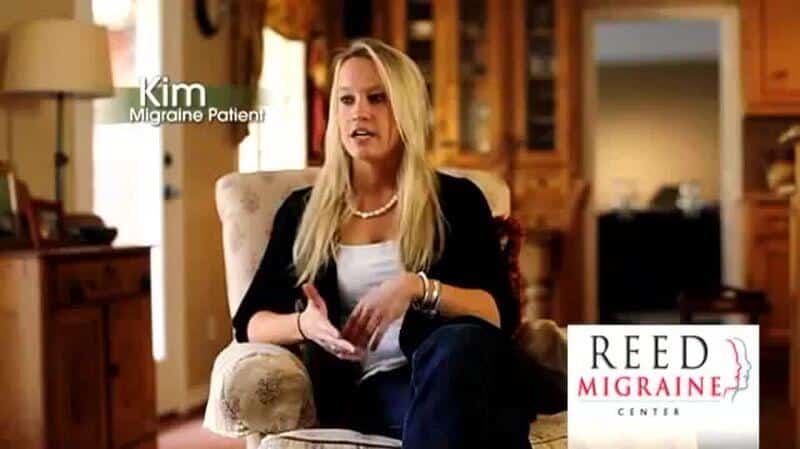